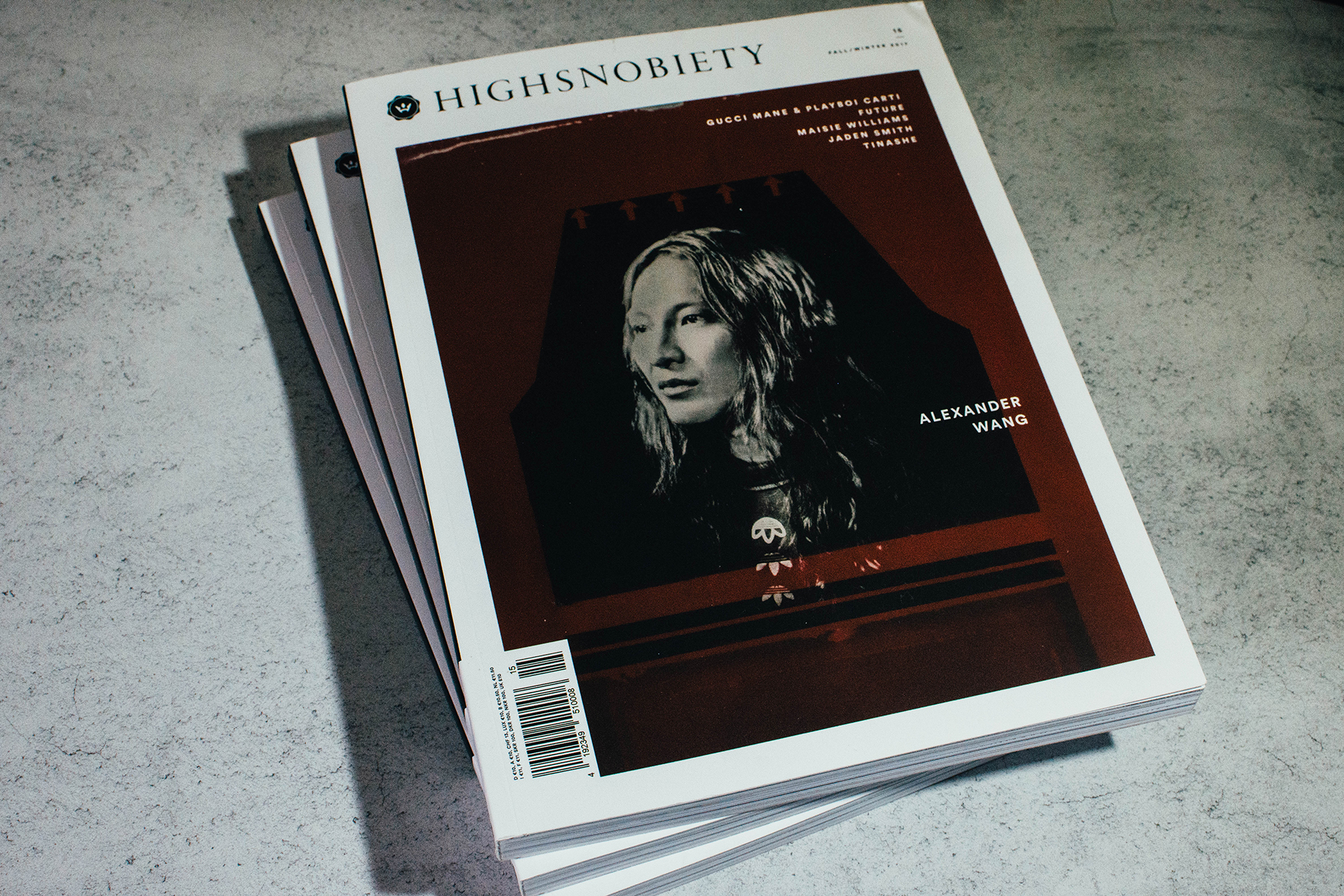 Issue 15 of Highsnobiety Magazine explores the theme of “forever young” through the lens of the new frontier versus the old guard. At a time where luxury houses are more inclusive than ever, snapping up “influencers” to promote and design their garms, tapping into niche culture and breaking piles of old rules, Highsnobiety examine the ways the approach of the new generation is pushing our scene forward as a whole, and how the old masters are staying relevant.

Highlighting today’s culture clash, Highsnobiety looks to how top fashion designers like NY’s Alexander Wang (featured in this issue via 19th-century tintype photography by Driely S.) are creating and replicating the clothing worn in the streets—and on social media—and at the same time, how young creatives like David Casavant and the new wave of New York youth are disrupting the system, taking style into their own hands, and democratizing the trend spectrum.

Looking to the past, Highsnobiety explores storied London venue 100 Club, best known as a pioneering force in the punk movement; catch up with Harlem DIY fashion originator Dapper Dan (along with modern Harlem style icon A$AP Ferg); and speak with Takahiro Miyashita of legendary Japanese labels Number (N)ine and TheSoloIst. Highsnobiety also sit down with Atlanta rap kingpin Future to learn how he’s crafted a world all his own and is giving back to the next generation.

Additional features include a look into the current Chinese fashion scene, a deep dive into the hardcore music influenced label Stray Rats (complete with an exclusive sticker sheet), an all new Arkitip zine illustrated by UK-based artist and director Danny Sangra, and we explore a tale of two yoga-obsessed travelers, in a short story entitled “The Excruciants.”

Expanding Highsnobiety’s horizons further, we looked towards a range of young cultural leaders who are all making waves in their own distinct ways. Maisie Williams has made a name for herself as Game of Thrones’ Arya Stark and is now pushing to support the next generation of young UK actors. Jaden Smith is inspiring the youth to push limits aside with his approach to life. Twenty-four-year-old model and songstress Tinashe talks going it alone while taking her time to do it right.

Last but not least, Highsnobiety brought trap music icon Gucci Mane together with burgeoning 20-year-old rapper Playboi Carti in Miami for a look at what the old guard can learn from the new wave.